Plantar fascial stretching for plantar fasciitis is the rage, but it’s not effective. Here is why! (Part 1 of 2)

Plantar fascial stretching (PFS) is definitely hot right now. It is all over the internet. In fact, it has attained sexy status. People want to talk about it almost as much as they want to talk about their orthotics.  What a shame, because PFS (and orthotics for that matter) does little, if anything, at least to fix the real problem that needs fixing. Yes, I am saying that if you are pinning your hopes on PFS you are likely wasting your time. I am not saying you will not improve, I am saying your PF may improve, but only by luck. This is blasphemy no doubt,(for who would question something that has attained sexy status) but hear me out.

Let’s first examine why PFS might have some success, because it does. PFS also stretches, albeit poorly, your soleus and a bit of your gastrocnemius at the same time. So PFS might inadvertently do a little bit of good where it counts, but it is serendipitous and collateral at best. It also takes up time and we all know time can be beneficial for plantar fasciitis and so many other things.

I am not saying that PFS is bad, because it is not. What I am saying is you are putting your eggs in the wrong basket if that is all you are doing. 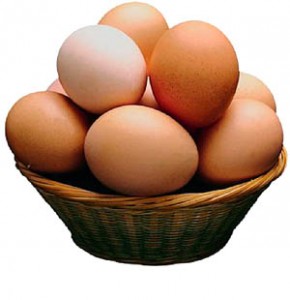 Foremost, as I stated above, PFS does not even address the underlying cause of plantar fasciitis: an isolated gastrocnemius contracture. I can’t state it any more direct or simple than this.

“PFS does not even address the underlying cause of plantar fasciitis: an isolated gastrocnemius contracture”

Let’s examine the two articles that put PFS on the map. These originating PFS works were published in the Journal of Bone and Joint Surgery in two successive parts in 2003 and 2006. While these well intentioned studies basically attained Level I status, they were not well designed or executed.  There were significant protocol inequities and bias towards the PFS group. For instance Group A, doing the PFS, was instructed to perform their PFS exercises prior to getting out of bed, while Group B, doing the Achilles stretching, were to stretch “sometime” after getting out of bed. The timing of the stretching in the two groups does not seem like a big difference until one looks at the significant data.  While the two groups were basically equivalent as to overall results (which is the goal, right?), including overall pain reduction and quality of life, the most significant differences were found in reduction of pain experienced upon the first few steps out of bed in the morning. Go figure that the most striking claim and difference between the two groups was that Group A experienced significant reduction of pain arising out of bed first thing in the morning just after they had stretched their plantar fascia (and their calves a bit also). 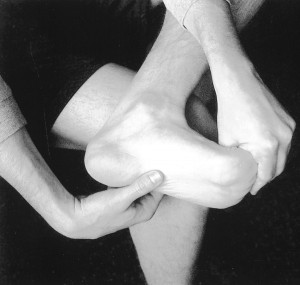 In the second edition of this two part series in 2006 these authors unwittingly fessed up to an addition to the PFS Group A protocol that was omitted from the 2003 article. “The patients were instructed to follow the assigned protocol three times per day, and those in the plantar fascia-stretching group were encouraged to perform it prior to any weight-bearing.” This means they were doing the PFS potentially many more times per day, while Group B did not perform any additional calf stretches. Folks, this is a serious bias, but it is Evidence Based Medicine!

In their 2 year follow-up article in 2006 the bias continued. Basically they took Group B, deemed to be a failure, stopped the Achilles stretching, and started PFS. Yet no reciprocal longitudinal study was done and in neither study was there any control group. The two groups converged somehow showing that PFS still triumphs. Interestingly, David Porter’s 2002 Level I study in Foot and Ankle International “The Effects of Duration and Frequency of Achilles Tendon Stretching on Dorsiflexion and Outcome in Painful Heel Syndrome: A Randomized, Blinded, Control Study” was left off the references on both JBJS articles as well as many other articles.

In the end, Groups A and B where not actually statistically different, yet we are enamored by PFS regardless. Did anyone actually read these two articles or did we just look at the pictures? Just because something is popular or sexy does not mean it is true, which brings me to the next point.

The very same senior author promoting PFS finally saw the light in 2011 publishing again in JBJS “Association Between Plantar Fasciitis and Isolated Contracture of the Gastrocnemius”. The association of the isolated gastrocnemius contracture and plantar fasciitis is given it’s due by the very same author who denounced Achilles (gastrocnemius) tendon stretching as ineffective when compared to PFS in 2003 and 2006. Please, make up your mind.

Check back Tuesday, April 28th for Part 2 of this article.